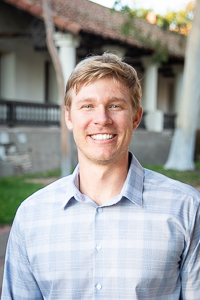 Calculator: Counting on his fingers (and toes if it’s a big number)

Nick is a recent graduate of the University of California, San Diego, earning a degree in Structural Engineering with a Civil focus. He moved back to the Central Coast after college with a new appreciation of the area and community within. He played five years of NCAA Division ll baseball for the Tritons and appeared in three college world series. He is excited to have the opportunity to grow as a Structural Engineer with SSG, while also working toward his professional licensure. In his free time, Nick enjoys camping, hiking, fishing, weightlifting, and being around good people.

Copyright 2019. All Rights Reserved. Design and Developed by Konig Media